Hi all,
Hope you're all having a great day.
You may have heard by now, that my debut solo album "Reckless Caution", will be released on Monday, 31st October 2016; and is available for pre-order now.

The origins of the album began in October 2014; when I first met the music producer & Echobelly's bass guitarist Oliver Radio, who subsequently offered to produce some tracks for me, at his recording studios in London, "Attic Studios".

A month later, we then commenced a series of recording sessions which no-one apart from Oliver and myself knew about, which was mainly due to the fact that we had no idea what would happen with the recorded material, as we were literally just recording music, for the sake of recording music.

The recording sessions continued sporadically until around October 2015; by which time, we had written & recorded at least a couple of album's worth of music.

Towards the end of these sessions, the saxophonist Jake Telford and backing singer Heidi J were brought into "Attic Studios", to contribute to some of the recorded tracks, which then saw the completion of the recording project, by the end of October 2015.

The initial single releases from the recording sessions, were "An 80's Vibe", "London City" and "I Still Miss You".

In June 2016; I returned to "Attic Studios" with Oliver to review the material which we had previously recorded between November 2014 & October 2015 (some of which we had actually forgotten about), and we then decided that there was enough good material recorded, to actually put out an album.

After a bit of fine tuning behind the scenes for a while, on 13th August 2016; I announced that "Reckless Caution", would be released on 31st October 2016.

The track listing of the album is:

The artwork for the album cover was completed by the artist & graphic designer Eniko Toth.

I'd say that the album is very autobiographical, with a number of the songs on the album making references to my life experiences, whilst growing up in London.

As well as currently being on pre-order, the album will be available via all main digital outlets from Monday, 31st October 2016.

Thanks for your time and I hope you enjoy the album. 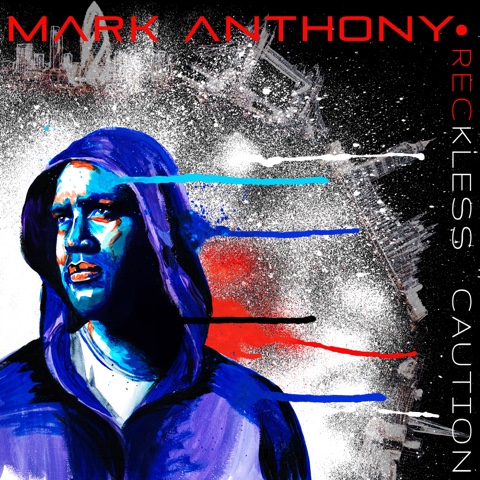 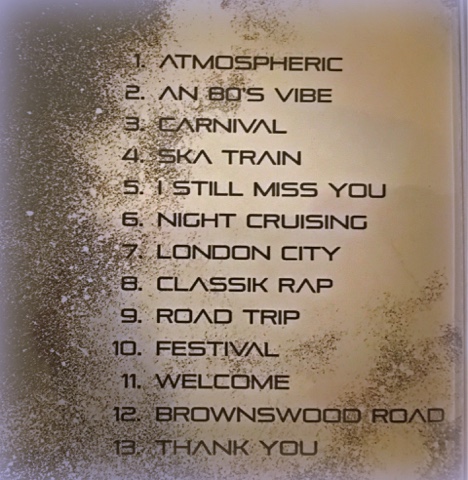 Hi all,
I just wanted to take a brief moment to say thanks for the feedback on the charity single "I Still Miss You". The support for the single has been greater than I could have ever imagined.
"I Still Miss You" was written & recorded at Attic Studios in London, in May 2015; with the producer 'Oliver Radio'. The song was written from the perspective of someone who has lost a person close to them.
Nothing was really done with the song for a while, but after the single "London City", we decided to put "I Still Miss You" out as the next single.
The Official music video for the single was filmed by 'Thirsty Videos', at the 'Residential Studios' facility in London.
Because of the message within the song, I wanted the single to be a charity single, so I then spoke with the "Balls to Cancer" charity, about donating all of the proceeds from the single to their charity, which they gracefully accepted. They are a great charity, who's website can be found at www.ballstocancer.com.
If you haven't purchased the single already, please do. The single is available for pre-order NOW & will be available on all digital outlets from Monday, 20th June 2016.
The official music video can be viewed at https://youtu.be/F4xVzdh4E48.
I'm also currently doing a radio tour to promote the single. All details of this can be found on my official website at www.markanthonymusic.net.
Thanks all. Have a great day :-)
Mark A

Hi all,
Hope you're all well.
You may or may not know by now, that my forthcoming single "London City", will be released on all digital outlets from Monday, 21st March 2016; & is currently available now for pre-order.
"London City" was written and recorded back in June 2015; with producer & multi-instrumentalist Oliver Radio, at Attic Studios in London.
The inspiration behind the track, was basically me people watching around London, during a mad morning rush-hour commute period.
The song is a very light hearted story about a London city-worker's hungover commute to work. The style of the track was heavily influenced by my love for Rap music, fused with my love for Britpop.
Following the release of my last single "An 80's Vibe"; the music video for "London City" was filmed by 'Thirsty Videos', at various locations around London. A very special thanks has to be given to my good friends Jon & Becky, who provided us with the facilities of their roof terrace, to film a large part of the video from.
The music video for "London City" can be viewed at http://youtu.be/cCqw0MThRjs & the single can be pre-ordered now at http://itunes.apple.com/album/id1082370532?ls=1&app=iTunes.
I'm currently doing a radio tour as part of the promotion for the single, with Live dates to follow soon.
All details can be found at www.markanthonymusic.net.
Thank you all for the support.
Much Love
Mark 🎼🎸

Hi all,
You may be aware by now, that my forthcoming single "An 80's Vibe", will be released on all main digital outlets on Monday, 21st December 2015. The track is currently available for pre-order.
I wrote "An 80's Vibe" back in February 2015; whilst I was away for a long weekend, in a peaceful village within Stratford Upon Avon.
The idea for the song which I had at the time, was to write a fun but slightly nostalgic song about growing up in London during the 1980's. I didn't really want it to be a serious song, as I wanted it to be a song which people could easily relate to.
A few days after the song was written, I recorded the track with the producer Oliver Radio, at his recording studio in North London, Attic Studios.
As I've been involved in a couple of other music projects for most of the past year, nothing was really done with the track, until very recently.
The video for the track was shot in & around North & East London and was directed by London based video directors 'Thirsty Videos'.
I guess the bottom line from me is....... I hope you like the track.
There's a lot of music related activity going on with me at the moment, so please keep yourself updated at www.markanthonymusic.net.
I will also be posting some regular blog posts about the journey.
Much love to all
Mark Anthony 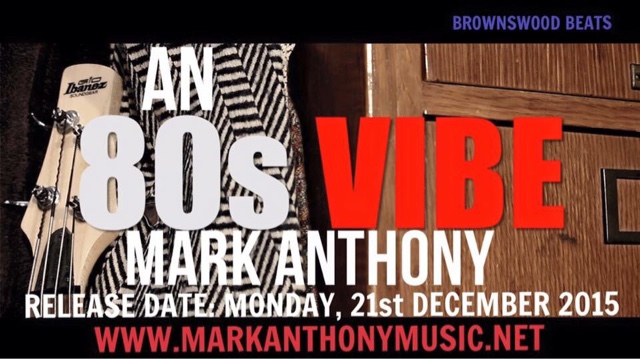